Online Businesses – Make Sure You Build Trust With Customers!

Insights and Ideas from AMA Toronto – Future of Marketing Event

Part of the mandate we adopted when we formed Storia PR was to be adaptive to new advertising technology, and more importantly to be open to change and try new ...

Part of the mandate we adopted when we formed Storia PR was to be adaptive to new advertising technology, and more importantly to be open to change and try new marketing methods when available and when they fit our clients’ needs.

Do androids dream of electric sheep?

At the start of the book, Do Androids Dream of Electric Sheep (which became the movie Blade Runner and later a graphic novel of the same name), the hero travels through post apocalyptic San Francisco. A very interesting aspect of this dis-utopian future is that despite barely surviving nuclear war, humanity has nevertheless evolved an innovative and aggressive advertising industry. Readers delight in American writer Philip K. Dick’s vision of the future of advertising. In the book, he describes holographic signs that are truly lifelike, and front window shop signs that call out to the pedestrians on the sidewalks and restaurant signs that share the smell of their proffered cuisine with potential consumers. The movie tried to do it justice…

Advertising in the future as depicted in Blade Runner – 1982

With this in mind, Daphna and I were intrigued to see the AMA Toronto Chapter‘s November 15th 2016 panel discussion entitled The Future Today: How Marketers Can Leverage Emerging Technologies was to be held at Jackman Reinvents which is a really cool space on Adelaide St. I also noticed that Zahra Rajani the VP Digital Experience at Jackman Reinvents was on the panel. Maybe there are some big surprises around the corner.

Organized by B2B marketing consultant Tania Stadnik the current AMA Toronto President, there were two other thought leaders on the bill, Adam Green from Google, and Kevin Keane from Brainsights. 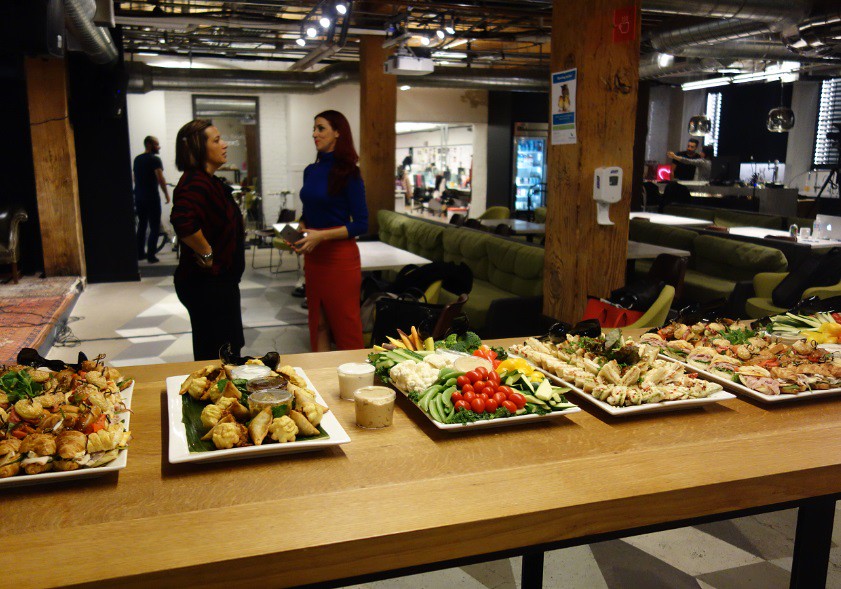 In our time doing PR in Toronto we have seen the shift away from press releases to more unconventional messaging platforms like email blasts, promoted Facebook posts and Twitter Ads etc and now strangely this is becoming conventional again. What’s next? What platforms are going to be important additions to marketers’ tool kits tomorrow? 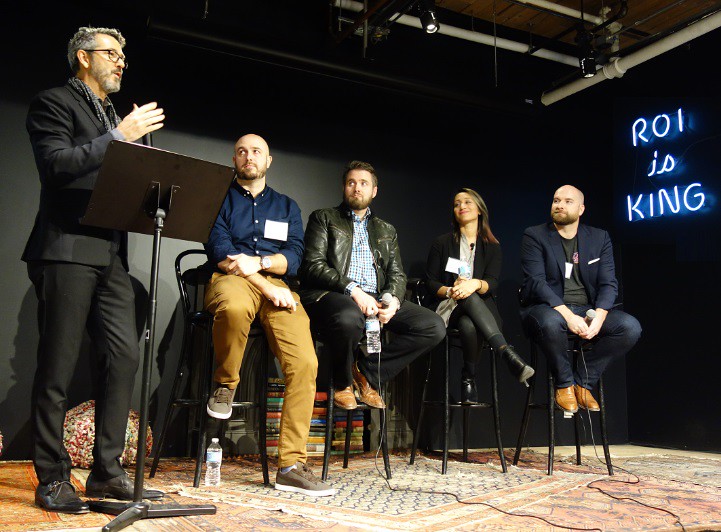 The moderator Mark Vecchiarelli of Vekya Inc focused the discussion on three different areas of interest – perspectives on the approach to futurism. First he explored the idea of marketers getting on the bandwagon so to speak and ‘chasing shiny new things’. And then the panel digested HOW; they reasoned that most businesses have trouble changing and evolving future tech as their work force are occupied with separate tasks and their performance are still measured the old-fashioned way. Adding connective tissue to organizations, and removing barriers to change is at the heart of BEING the evolution that makes businesses more efficient. 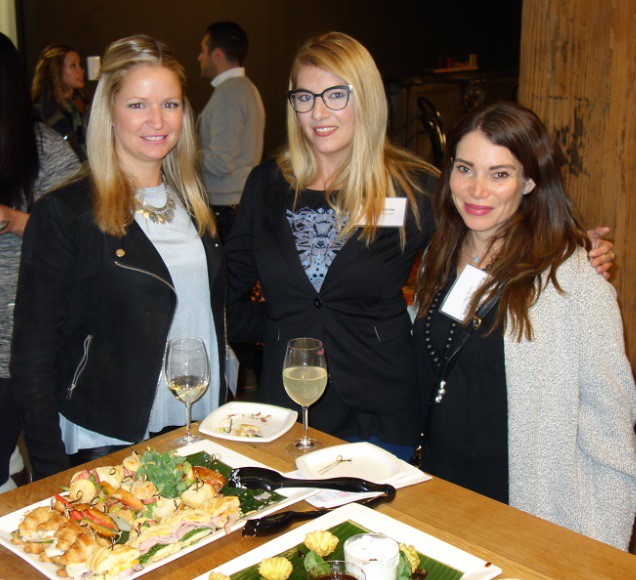 Part of the Connect, Learn, Grow series of networking events this affair attracted entrepreneurs from small companies like ours and a plethora of social media marketing managers, big Fortune 500 executives and everything in between. The tables were lined with fresh cut fruits & vegetables and delicious baked pastries and finger sandwiches of every description. Two types of beer were available and red and white wine flowed freely for guests. Joe Jackman himself led the speakers, introducing himself and the space and the idea of ‘necessary change’. He was speaking to the conservative thinkers and the limiters in every organization when he cautioned, ‘not making a decision is also a decision’.

The panel explored the idea of how and why marketing executives select ‘shiny new things’ to add to their arsenal of influence tools. Each speaker related ideas and anecdotes of past marketing campaigns where brands were rewarded for going first even if they didn’t necessarily turn out the best product.

One of the highlights for me was hearing Adam Green from Google Canada describe some of the failures that this monster tech company has experienced in the past and what they learned. They attribute the failure of Google Glasses and Google Wave to timing and struggle for adoption. Its so interesting to me that this huge company also struggles to get people to use their products. Zahra Rajani added that most people use only six or seven apps on their phone and unlikely to change for any reason. The average user experience is one two minute session.

The panel also discussed how hard it is to actually make change. Its difficult in big organizations. Adam asked the audience to consider a scale by which you can gauge a company’s ability to make change relative to other industries. For example a car company would be at the slow end of change while a software company appears at the fast end. He explained how the automotive sector is slow to make changes in any respect as it takes three years from design to dealership for new cars to be manufactured, while a software maker can update their own code very quickly and thus bring new products and services to market at top speed.

Zahra chimed in here to offer up the idea that the process is often streamlined by finding stakeholders with shared goals. She went on to explain how many corporations are often a group of ‘siloed’ departments which happens naturally in organizations where managers strive to maximize their own teams’ efficiencies. Adding ‘horizontal connective tissue’ can be disruptive, but the chaos can breed more effective processes. The change-makers from each team should work together to remove common obstacles and they themselves should be the first to adopt and truly be the change they advocate.

All this was music to my ears. Thanks again AMA Toronto. Emerging technologies are just some of the electric sheep that we dream about here at Storia PR.

Sorry, there are no related posts.