Unlocking The Secrets Of Online Marketing

A Home Away From Home: How To Get THe Most Out Of Your Office
Home » Client News »

Single in the City Relationship and Dating Advice Book Launch

Two hundred ‘very important people’ came out to the Single in the City Book Launch on Feb 7th 2017 at Acqua Dolce fine dining restaurant on the Exhibition Grounds in ...

Two hundred ‘very important people’ came out to the Single in the City Book Launch on Feb 7th 2017 at Acqua Dolce fine dining restaurant on the Exhibition Grounds in Toronto.  Everyone was eager to congratulate Laura Bilotta and get a signed copy of Laura’s new book, Single in the City: From Hookups and Heartbreaks to Love & Lifemates, Tales and Tips to Attract Your Perfect Match. 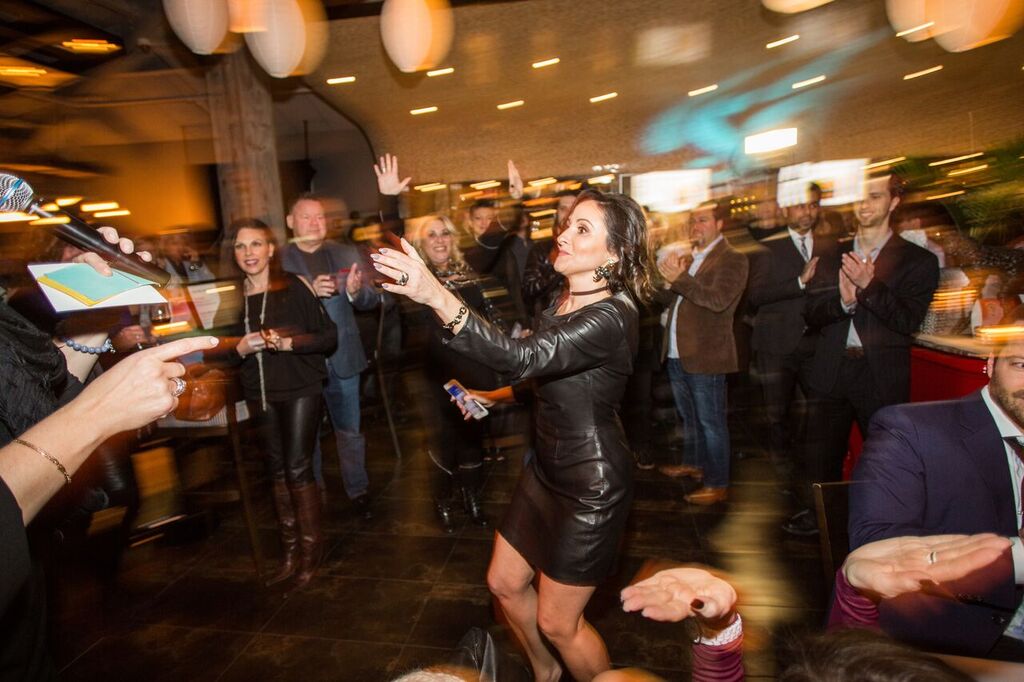 And like all things Single in the City, this event was also a Singles Networking event filled with colourful people, good music and great food. Chef Tomo kept the treats coming all night long, and unlike other affairs where the food is gobbled up in just a few minutes , at this extra special extravaganza there was more than enough to go around . . .

Lots of established relationship coaches and venerated advice columnists were in the crowd including  Valerie Gibson, matchmaker and author of Cougar: A Guide for Older Women Dating Younger and Men and The Later Dater: A Guide For The Newly Single Woman Over 50. Laura got advice and positive feedback on her book from other notable journalists and newspaper columnists, including some men.

Two of the more notable media makers included Howard Berger from a popular Maple Leafs hockey blog, Between the Posts ca and Joel Levy interior photographer Toronto who snapped all the pictures in the official write-up about the relationship book launch event on Single in the City blog. Joel also let Sweets Canada blog use some of his snaps (and we used a few here in this post).

Samson from Mango Tree Studio event photo booth in Toronto was there operating his company’s signature smart photo booth. This rig sends portraits to people who pose for pictures and then afterwards produce business cards for social media follow-ups.  I feel like we could have done more with this attraction.

On another note, the music was banging.

Exemplary audio was provided by three talented performers – two of these people are famous event DJs in Toronto, DJ Tairo (pictured above) and DJ Xitmint, and the third was Elena Musician.

Fiddler in the party – Elena electronic musician and performer in Toronto

Elena plays an electronic violin and OMG, she was the star of the show (when Laura wasn’t around).  She absolutely rocked the dance floor, and more than once I spotted her wearing dark sunglasses playing her instrument while dancing right along with the guests ON the dance floor. It was something to behold (and I bet a lot of guys there wished they could; remember this was a singles event).

This wide shot shows the back half of the Acqua Dolce restaurant – you can see Sam Dhutia from Sweets Canada (read Sam’s Blog) at the back in a cream coloured suit, standing beside Karim Mirshahi from Toronto Waterfront Magazine.  And Rob Campbell SEO by the pillar and there’s Patrick seated at the first table. This gentleman is Laura’s cohost on their Rogers TV show – Single in the City.

Laura practically ordered everyone there to mix n mingle when she took the microphone midway through the evening to thank her sponsors, family, friends and her publisher and literary coaches and … it was a long list, but of course Storia PR was mentioned.  Laura got good stories and some seriously high quality PR (esp later the next week in the ramp up to Valentines Day).

After the speeches there was more live music and dancing and Laura went off to the front of the restaurant to do a proper book signing. It was a big party to be sure – lots of fun and many great memories were made on the magical night.

Sorry, there are no related posts.