A Home Away From Home: How To Get THe Most Out Of Your Office

Setting up a Home Office? Here’s What you Need
Home » Newsroom »

Inject Some Morale Into Your Business

Amelia Wilcox is the founder and CEO of the hilariously named Incorporate Massage. She started her company at the start of the present decade when she realized that there was ...

Amelia Wilcox is the founder and CEO of the hilariously named Incorporate Massage. She started her company at the start of the present decade when she realized that there was a need among businesses in the Midwest to provide their workers with relaxation therapies. Her company now operates as far south as Texas and as far east as Philly, thanks to demand from small businesses with stressed out workers.

Data on Wilcox’s company is scarce. But there is evidence from her own work that businesses that try out massage therapy have 25 percent fewer absences a year, have fewer workers taking time off for injuries and save, on average, a whopping $200,000 in employee compensation. It seems that the simple act of rubbing employee’s bodies is enough to release positive endorphins, make them feel refreshed and get them pumped about coming to work. The results have been nothing short of miraculous.

Of course, Wilcox doesn’t want to stop there. As an entrepreneur, she’s looking at making her business more technical and data-driven. Her idea is to create proper scheduling software for businesses so that they can time massage sessions for their employees, delivering a full service in their hour of need. What’s more, the new digital services will allow employers to more efficiently share the cost of the massage with employees – if that’s what they choose to do – without incurring any of the usual administrative costs.

What Wilcox teaches business is that motivating employees to come to work extends well beyond the usual mechanisms. You don’t just have to increase pay to get somebody to come into work: you can offer something else, something weird, like massage. It is strange to think that people would be more motivated by massage than by money, but it seems to be the case. It’s a true morale booster.

Of course, it’s not the only way to boost morale. Here are some other techniques you could try if everybody in your office is down in the dumps.

Give Your Employees A Reason To Strive

Just going into work every day, performing a few tasks over and over again is a good way to earn a living, but it’s not a good way to derive meaning from your life. Punching data into spreadsheets or pushing buttons on the factory floor are sterile activities, devoid of a higher purpose. According to Wilcox, every employee wants to feel as if what they’re doing has a purpose. They need to know that they’re a part of a bigger whole with noble objectives. They don’t want to just feel like a cog in the mechanism, blindly doing the same rote tasks over and over again until their eyeballs explode.

The key, says Wilcox, is to get your employees to share your vision as the boss. They have to internalize the motivation you feel to make the world a better place. Coming to work shouldn’t be like going to school – where kids are forced to do exercises they have no interest in doing. It should feel like they are on a mission to provide an excellent service and to improve the world in some way.

Make it clear to all your team members how they’re improving people’s lives doing what they’re doing. Wilcox says she motivates her masseuses by giving them the facts on how massages improve the lives of ordinary workers, make them more productive and happy while they’re on the job. She also points out how massage therapy helps make CEOs and other bigwigs happier by increasing employee retention, reducing theft and sabotage, and decreasing the incidence of employee litigation. This, she says, helps reduce waste and generate additional jobs in the community.

Playing together gets people to reveal their human side and switch out of “work mode” for a while. This is important because offices in which people don’t show their human side are often stale places and people don’t want to stick around. There are plenty of successful companies that organize play time for their employees. Vivant, for instance, throws summer parties with dirt bikes, bonfires and horse-drawn carriages. Other enterprises in the Midwest like Clearlink mess about playing coin pools, face painting and snow cones. When the weather turns better, it’s time to party.

Smaller organizations can have a blast too, even if they haven’t got the funds to organize a big bash. Wilcox, for instance, takes her team paint balling, hiking, swimming or to a spa to get facials. During the holidays, she organizes movie nights and has summer sports evenings for all her staff. Because so few other small businesses bother with this sort of thing on a regular basis, it puts her at a massive advantage in the job market. While her competitors are constantly spending money on advertising new positions, she’s able to plow that extra cash back into her business, developing her digital platform and turning massage into something high tech.

If you’re at the head of an organization, you’ll soon get a sense of who the ambitious personalities in your ranks are. It’s these characters that you want to nurture. Promoting from within is one of the most popular things you can do in your company because it shows that you’re willing to invest time in your employees and build your business up from the grassroots. Employees are less likely to jump ship when they see that they’re able to progress within your firm, rather than having to look to some external organization for their promotion. What’s more, by using people who are used to the way your company works, you’re saving yourself time and energy training new managers in your process.

This is something that Wilcox does. She’s helped a number of her massage staff advance to management roles. Early on, she kept an eye on the most promising talent in her organization and then nurtured this over time, giving promising individuals more and more responsibility until they were able to take on better-paid roles.

Prove You Care
Wilcox says that employees fundamentally want to feel as if they are loved by the companies that they work for. Though the relationship might be purely economic between a boss and their workers, many employees don’t see it that way. Instead, they feel as though the relationships they have at work should be personal.

Wilcox treats all her staff as if they are family members. Top of her list of priorities is worker safety, something that can hurt morale if not done properly. She consults with professionals, like Ellis Whittam, about her obligations under the law and how to make her workers feel safer at work. Unsafe working environments are plagued by high levels of turnover and absenteeism.

Wilcox also says that she sends gifts to her employees at appropriate times in their lives, if they’ve had a baby or if it’s their birthday. She says that employees are the “lifeblood” of her organization and that without them, her business would fall flat on its face.

If your company is small, you might not be in a position to provide massive benefits and bonuses. It turns out that that’s actually okay. Employees aren’t so much concerned with the monetary value of what you offer. Instead, it really does seem as if it’s the thought that counts. A few inexpensive job perks are usually enough to keep people interested in working for you while you’re still growing. Small things like giving an employee a free massage every couple of months works wonders, says Wilcox. 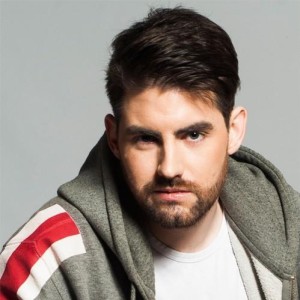